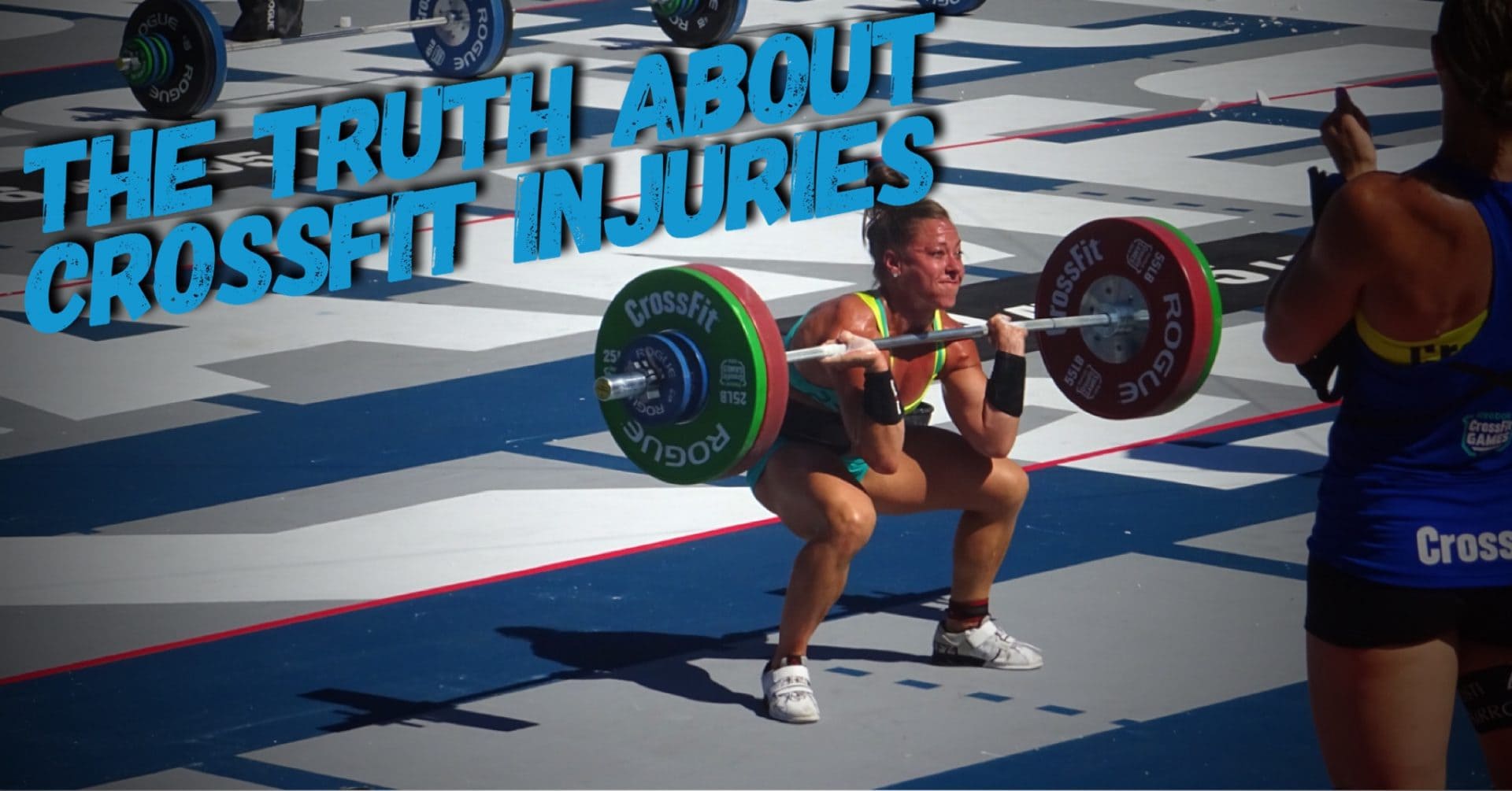 No matter what recreational activity you choose to follow, minor tweaks and injuries are inevitable. Participating in CrossFit is no exception to this. Injuries happen with CrossFit, just as they do with powerlifting, weightlifting, bodybuilding, running, and any organized sport. Yet, there is still a widely held belief that CrossFit is itself a more dangerous activity. But is this true or just the opinion of people not familiar enough with CrossFit? We need to move beyond opinions dictating our stance on CrossFit and instead examine the research on CrossFit injury rates to determine the truth.

What Does The Research Say About CrossFit Injury Rates? 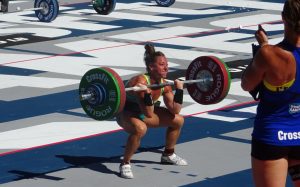 For those wanting to learn the truth about CrossFit injury rates, there are several studies that have examined this topic.

We will examine 3 studies and their conclusions in this article. For obvious reasons, we will be excluding the research study published by the National Strenght and Conditioning Association that published fraudulent data in an attempt to make CrossFit injuries appear to be higher than they were.

Here is a great review of injury rates in various strength sports which supports the above statements:

To take this a step further, I have NEVER heard athletes, coaches, or rehab professionals saying that running is unsafe. I’ve never heard cries advocating for running to be abolished as I sometimes hear them say about CrossFit injuries. But the injury rates for runners has been reported to be between 2.5-12.1 per 1,000 training hours (van Mechelen). Why the double standard?

Why Do Injuries Occur in CrossFit?

As I mentioned earlier, anytime an athlete pursues a recreational activity with intensity & volume, injuries are possible. And CrossFit injuries are no exception.

Montalvo also looked more closely at the participants to help gain an understanding of why CrossFit injuries occur. First, they found that athletes with higher body mass were more likely to experience injuries. 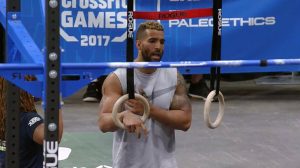 Finally, they concluded that those who trained more hours were also more likely to experience a CrossFit injury. I’ve discussed training volume in the past and its importance in optimal performance and minimizing injury rates. And I believe that volume is the most important factor in preventing injuries. Let’s review this more, specific to CrossFit.

A large body of research by Tim Gabbett has shown that acute spikes in training volume significantly increases injury risk. In my article on training volume, I dive deeper into this. But this can be something as simple as starting a squat cycle to supplement your CrossFit and acutely increasing the leg training volume performed. Another frequent example I see is calf pain in athletes when they are working on learning double-under by performing these daily. 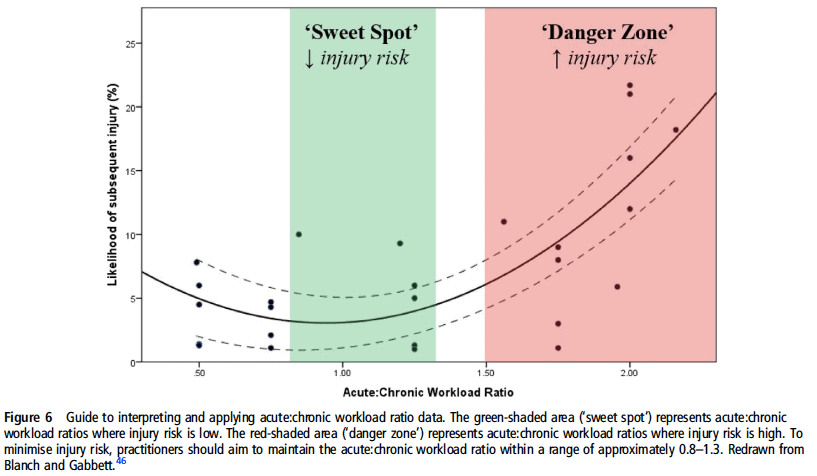 The Renaissance Periodization crew explains this slightly differently, which I think applies more to the CrossFit injury discussion. Maximal Recoverable Volume is a term that describes “the highest volume of training an athlete can do in a particular situation and still recover.”

This does not mean that they will be performing optimally at that volume; in fact, this volume may prevent gains in muscle mass, strength, skill acquisition. It is simply the most volume they can still recover from.

In the CrossFit world, I consistently believe that many athletes train above their maximal recoverable volume. Their fitness may progress for a while. But eventually, this volume catches up them in the form of a CrossFit injury.

What Does CrossFit Headquarters Say About Training Volume?

In the CFL-1 seminar, a day of programming is taught to be composed of a single strength/skill element OR a metabolic conditioning workout. With a two days on, one day off schedule OR a five on, two off weekly schedule. This keeps training volume relatively low, allowing athletes to recover.

In contrast to that, most gyms program a strength AND a conditioning workout each day, six days per week. The weekly volume that most gyms program is significantly higher than what CrossFit HQ suggests. I believe this often puts athletes exceeding their maximal recoverable volume.

With proper coaching, volume, and progressions I believe we can minimize CrossFit injury rates.

What About Poor Technique in CrossFit?

The most frequent argument I hear regarding CrossFit injuries is that it is poor exercise technique that makes it unsafe. Often, the person making this argument will reference Youtube “CrossFit fails” videos as evidence.

Let’s first be clear that we can find horrible examples of form ANYWHERE. I’ve cringed walking into globo gyms at the technique individuals were using while working with a trainer. I’ve seen atrocious technique in D1 college strength & conditioning programs. And I’ve watched too many BOSU ball squats to count.

Bad technique happens. But, just like the training volume discussion above, it is the opposite of what CrossFit headquarters recommends. HQ repeatedly discusses the mantra of “Mechanics, Consistency, & Intensity“. Move well consistently before adding intensity. Chuck Carswell of CrossFit explains this in the following video:

I was fortunate enough to do a 10 part series with gymnastics expert Pamela Gagnon for CrossFit Journal and the entire series focused on this concept. For example, we took multiple articles to build up to a kipping pull-up. We encouraged athletes and trainers to nail the hollow body position, master the beat swing, and develop strict strength. All of this was considered a pre-requisite before adding the intensity of the kipping pull-up.

How Do We Minimize Injuries in CrossFit?

Hopefully, we are now on the same page. Injuries do happen to CrossFit athletes. But they happen to all recreationally active populations.

There are a few key things we can do to help minimize the risk of injury for athletes participating in CrossFit: