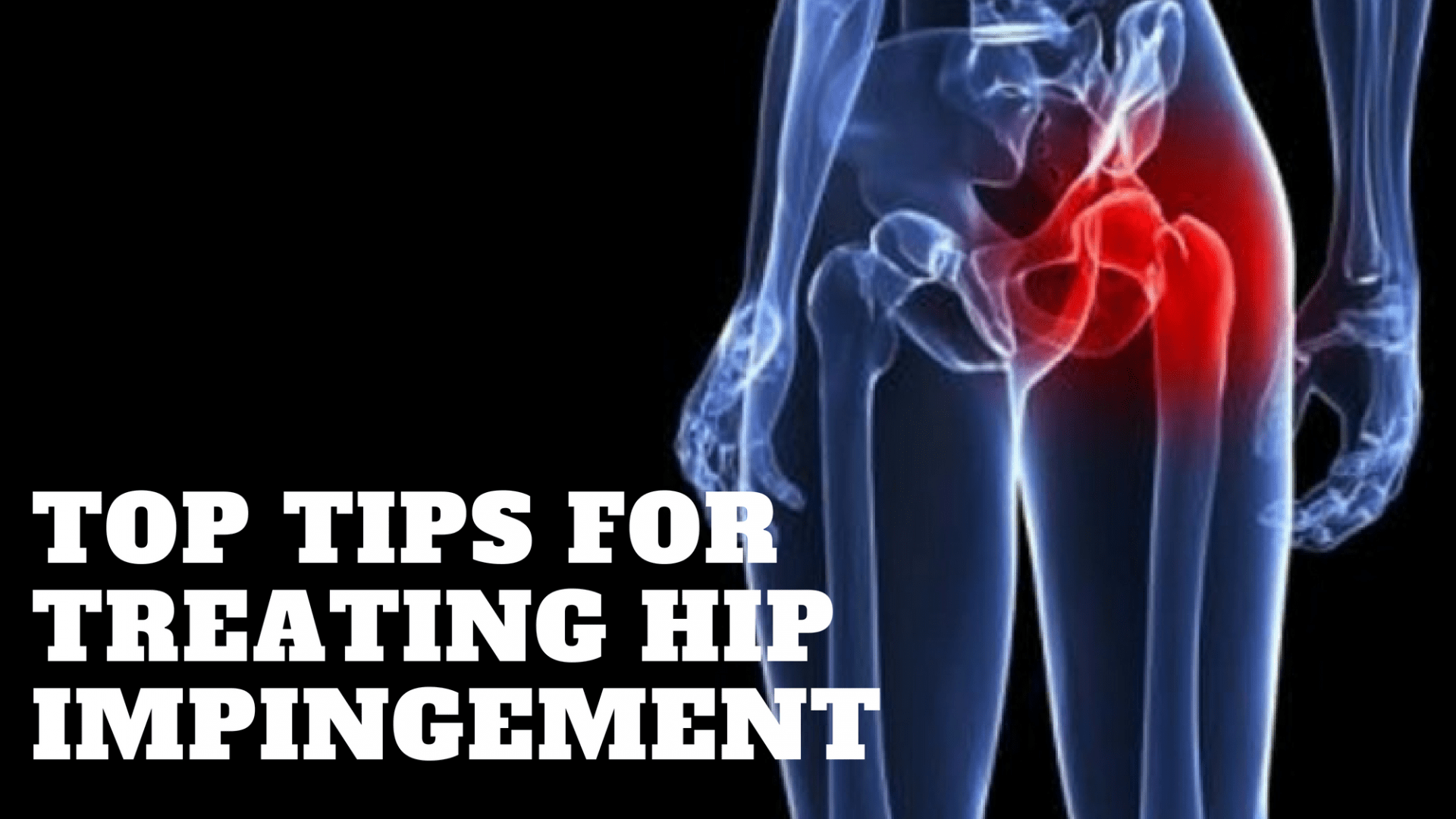 Hip impingement is a common complaint that we see in fitness athletes due to the demands of their sport that push the hip joint through full ranges of motion repeatedly. As the sports of CrossFit and weightlifting have become increasingly popular so has the number of athletes suffering from hip impingement.  This condition can be quite difficult to treat and is unfortunately one we often see very poorly treated in the medical world.

1. Understand how common this is!

The first key to treating hip impingement is to understand the frequency at which many of the tissue changes found via MRI are in people with NO hip pain or limitations. A 2012 study actually found that 69% of asymptomatic individuals had hip labrum tears!

This should be very encouraging for those that have hip impingement symptoms. If others can have the same tissue changes that you do without pain it means you can as well! We can use the following principles to calm down irritated tissues. This will allow you to return to the activities you want to be doing! 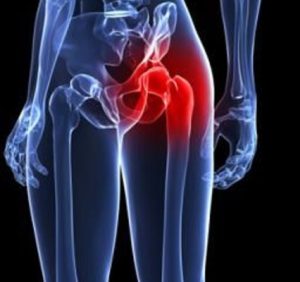 Next, we believe it is incredibly important to TEMPORARILY alter your daily activities to minimize the amount of irritation you create on already sensitive tissues. I often explain this injury as a bruise that is continually poked. Until we stop repeatedly stressing the tissues to allow irritation to begin to calm, we can expect healing to be significantly slowed.

At times this includes altering or removing:

Although we are altering activity, it is very important to note that we are still very much in favor of exercising. We just need to find exercise types and variations that don’t exacerbate symptoms in our early treatment stages. Once symptoms are calming down, we can add activities back in. In particular, we want to emphasize strengthening everything around the hip, as this will help make symptoms better.

For actual labrum tears and bony impingement, you may have to make some permanent alterations or sport changes. But in general, if we can improve strength, motor control, and mechanics, many people will see a full recovery from their pain!

Note: this section gets pretty technical for those not medically trained. The summary of it is that stretching the hip flexors rarely helps with this condition. If you have hip impingement symptoms, you’ve likely been stretching your hip flexors and haven’t seen any improvements. So, if you aren’t getting better, then we suggest just go ahead and stop!

More often than not, the hip joint is held in extension in those dealing with hip impingement.

Extension is the position where the femur (leg bone) is posterior to (behind) the body. When the femur is posterior, and the hip is in extension, we see that the femoral head is anterior (forward) relative to the midline of the body.

Happens in standing (“hanging on ligaments”) 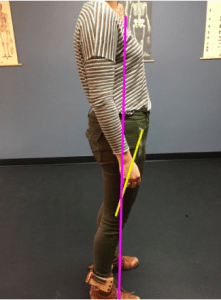 Anterior positioning of the femoral head can also happen in sitting.  Though the hip may be flexed (with the femur in front of the body), people most often sit with the majority of their weight in the back of the pelvis, placing the pelvis in a posterior tilt (tucked under). This could be considered a relative hip extension. 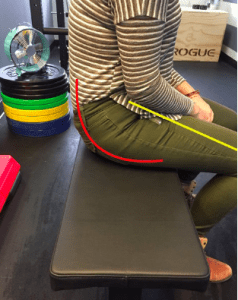 What this position does to the hip:

In essence, people tend to both stand and sit with their hips in a position that encourages an anterior femoral glide consistent with hip extension. A person with weakness in the hip muscles, excessive mobility in the passive (non-contractile) structures of the hip (namely the joint capsule and ligaments), or the anatomical bony structure to allow this, may have an increased propensity for an anterior positioning of the hip joint in sitting and standing. In this sense, they are already placing undue stress on the front of the hip, including the hip flexor muscles.

People often feel pressure and tightness in their anterior hip when the femur has been positioned anteriorly. The tendency then is to want to stretch the hip, specifically the hip flexors. However, if the hip is chronically in extension as described above, stretching the hip flexors can exacerbate the situation. The misconception is that tightness is due to a muscle being tight and strong.

Often, the hip flexors, especially the psoas over-stretched and weak.

Alternatively, some of the hip extensors: the hamstrings and the adductors are short, stiff, and underworked. And, typically, other hip extensors – the glute max, posterior gluteus medius, and the deep hip external rotators are not functioning well. Because they attach to the head of the femur and pull it backward, you can see how if these muscles aren’t working well, the head of the femur can glide too far forward. So we have the following:

Too often, I am the PT who intercepts a patient who has been unsuccessful in physical therapy for hip pain. Unfortunately, the first thing I have to undo is the concept that stretching something painful will be the solution.

The tightness can be shortness, but it can also be your body neurologically reacting to stress, and the muscle may very well be in spasm. It may also be your muscle trying to work because it is weak.  By stretching it, not only are you encouraging the problem position of extension, but you might be irritating an already cranky muscle.

In general, it is likely that we feel tightness in the hip flexor muscles due to weakness. So, I propose some better choices for improving the mobility of the hip flexors without stretching the muscle:

Get the Psoas Strong

So as we have noted above, a tight muscle is not necessarily a short muscle. So, is the psoas then taught and weak? Typically. We need to stop stretching and start strengthening (Kalisvaart & Safran). How do we do this? And what other areas do we need to focus on building strength?

Down train the TFL/rectus femoris – in this video, you will see Sarah performing supine hip flexion while feeling her TFL muscle in the anterior hip. She is using this as self-feedback to keep the TFL as relaxed as possible during performance.

From there, we can progress to Eccentric training of psoas using this band-assist drill, followed by progressing to the psoas march discussed in this article.

Glute Uptraining often becomes important. Exercises such as hip thrusts and single-leg sit to stands work great as well as bridges with a posterior pelvic tilt.

Analyzing an athletes hip hinge pattern is a crucial piece to hip impingement rehab. Start with the assessment process covered in this article before progressing to deadlifts and single-leg deadlifts.

Alter Squat Technique and Use Variations

In the weightlifting / CrossFit population, squats are often one of the most common painful triggers in individuals dealing with hip impingement symptoms. As mentioned above, we want to reduce the frequency at which we irritate the anterior hip tissues BUT stay active. These alterations can help with that. 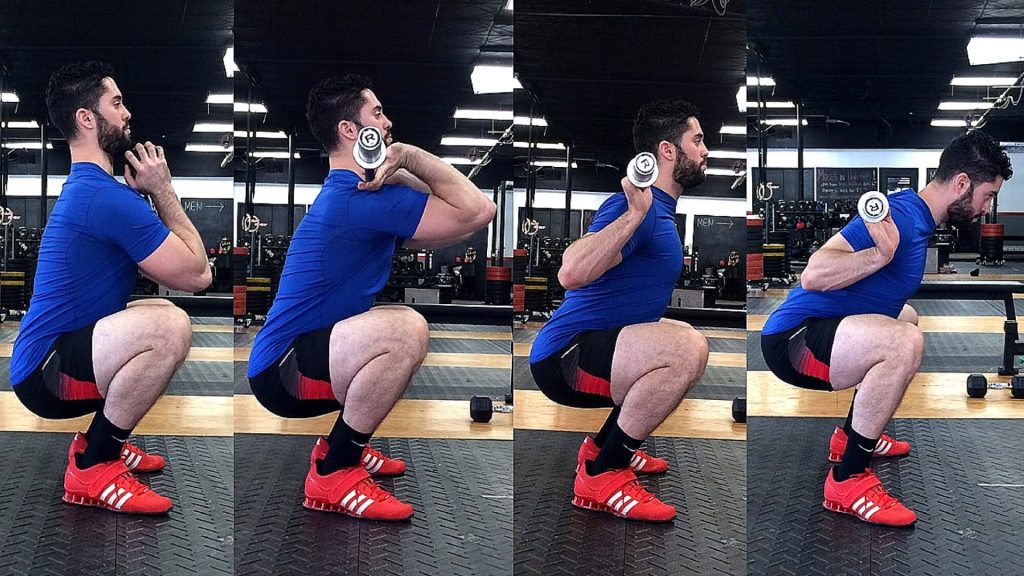 I also regularly use “sit squats” to help dial in the form of an athlete as we adjust their squat form. Since the bottom of the squat is often the most difficult position for athletes with hip impingement, this exercise helps us lock in best positions.

Next, anything we can do to increase dorsiflexion will allow a squatter to push his or her knees further forward in a squat and decrease the hip flexion demands of the movement.

For help with this, see my Ankle Dorsiflexion article or consider using a heel lift or weightlifting shoes.

Finally, remember that everyone’s skeletal anatomy is different. Some folks will have a wide stance; others vary narrow. Some athletes turn their toes forward and others more outward. As long as the mechanics are clean and the movement pain-free, none of this is bad, per se. In my opinion, a good squat involves heels remaining on the ground, a neutral spinal position (not over arched or rounded), and knees tracking over toes.

The following test will help you identify your optimal stance width for squatting:

We have witnessed some hip pain with squatting as a result of an athlete being coached into squatting with feet too wide or too narrow. Similarly, athletes are often instructed to keep toes forward when, though that helps with creating torque during the squat, it is not ideal for everyone and fails to recognize that many people who toe out slightly can still produce that same torque, especially when cued to do so.

We need to optimize every athlete’s squat as much as we can for the best mechanics possible. Still, we also need to recognize the anatomical (typically bony) structures that might limit us and which might become irritated if we cause undue stress to them. Regardless of these points, just because you have pain with squatting doesn’t mean its bad for your hip. It may just need to be tweaked. More here for why most everyone should be squatting.

One final tip for treating hip impingement is to use isometrics: muscle contractions performed without movement. Several different musculoskeletal conditions have been shown to have a pain-relieving effect after utilizing isometrics.

How I typically approach this is having the athlete identify painful or irritating positions. We then perform the same movement staying just shy of where the symptoms are provoked and then hold. For example, if an athlete has anterior hip pain at the parallel in a squat, we squat just above parallel and hold for some time (usually five sets of 10-45 seconds). This lets the athlete work on positioning & control while also creating an analgesic effect on irritated tissues. This becomes part of their home exercise program, and they will quickly see that the range of motion they can move through without pain is increased.

For clinicians wanting to know more about Sarah’s views on treating hip impingement, check out this podcast interview. 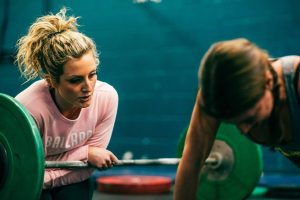 Sarah has been a PT in Seattle, WA since 2007 and has specialties in treating patients with hip impingement, CrossFit athletes and dancers. She runs a small cash-only private physical therapy practice and also coaches at Ballard CrossFit running specialty programming for weightlifting and gymnastics. Her passions lie in helping return CrossFit athletes to what they love safely and effectively and in educating other physical therapists about treating the CrossFit patient as well as the patient with hip impingement. She also offers consulting for PTs wishing to start-up cash practices and to those interested in learning more about treating the CrossFit and hip impingement populations. More here if you are interested: http://www.arrowptseattle.com/sarah/ 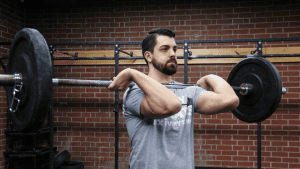 Zach Long is the director of TheBarbellPhysio.com and specializes in treating individuals suffering from hip impingement symptoms. To schedule an appointment with Zach, visit his clinic website www.OnwardCharlotte.com.