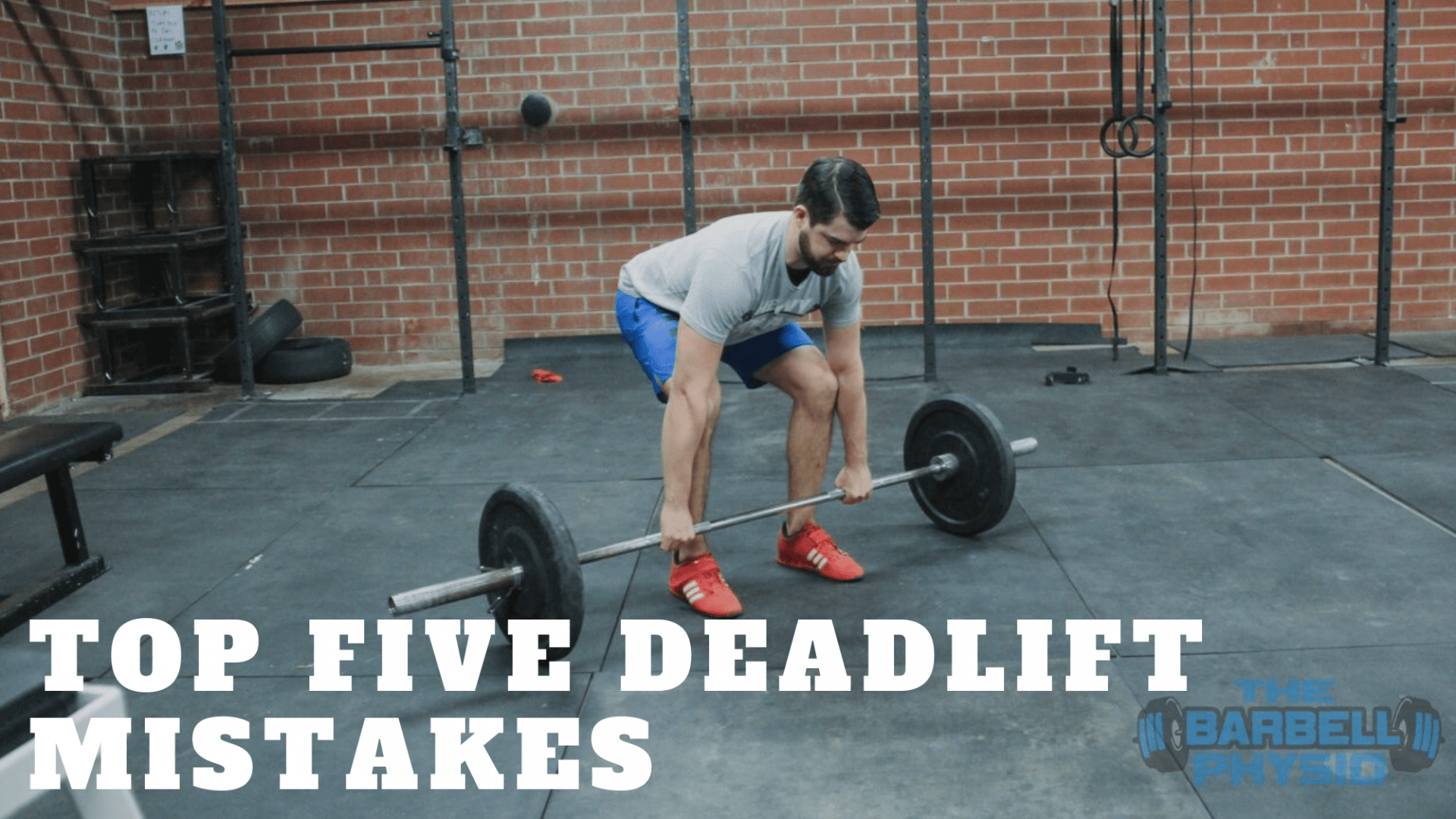 Want strong legs? A killer back? Improved sprint times and jumping height? Need to rehab lumbar spine pain? Then you need to be doing deadlifts!

Want to do deadlifts for a long time? Then you need to avoid these mistakes and focus on dialing in proper deadlift form.

A poor setup position is a HUGE fault with barbell deadlift mechanics. This is the issue I see most frequently in the CrossFit population that practices the Olympic lifts frequently. They become used to the push of a weight off the floor and lose the feel of pulling from the ground using the muscles of the posterior chain.

Their set-up position resembles a squat with the knees and hips both flexed to great angles more so than a hinge pattern, where the hips are greatly flexed and the knees slightly flexed. This results in a push using the knee extensions (quads) to a greater extent than a pull (again using the posterior chain).

While some athletes can pull this off, I frequently treat deadlift specific back pain due to this positioning. The squat position places the knees in front of the barbell in the setup position. This will often result in the barbell having to move AROUND the knees, as opposed to the knees being moved out of the way of the barbell. This essentially increases the work on the low back.

We address this issue by simply repositioning the setup position and encouraging the athlete to feel more tension in the hamstrings in his or her set up position.

Aka “stripper pulling” is another common barbell deadlift fault. If an athlete is using proper form, we will see the chest and hips rise at the same rate as the athlete lifts the barbell off the ground. What we commonly see instead is that the hips move vertically at a faster pace.

Again, this fault leads to increased loading on the lower back muscles and soft tissues. To address this, I usually employ one of two techniques:

This deadlift fault is incredibly common but rarely looked at. The lats play a pivotal role in deadlift performance. By engaging the lats in the starting position, we shorten the distance between the bar’s attachment point to the body (the arms) and the main joint producing force (the hips). When this distance is decreased, we decrease the moment arm about the hips, allowing the individual to lift 3-5% more weight according to this great research by Greg Nuckols, which hits this point in much greater depth than I can HERE.

This fault is frequently corrected by telling the athlete to “imagine a $20 bill is in their armpits and I’m trying to steal it…do not let me!”

Lat engagement will also provide great help ensuring proper bar path after the barbell passes the knees and moves towards the hips. As mentioned above, the close the barbell is kept to the hip joint; the more efficient the movement will be.

If the lats aren’t engaged, we will often see the barbell drift forward as it passes the knee, increasing the stress put on the hips and low back. By engaging the lats, we’ll keep the bar moving towards the hips as the athlete finishes the pull, increasing lift efficiency.

To improve mechanics in this portion of the lift, I’ll use bands to pull the barbell away from the body and cue the athlete to resist this pull. They will immediately feel what it is like to have proper lat engagement.

While core strength is commonly to blame for poor lifting, research has repeatedly shown abdominal strength and muscle thickness to not correlate with lift performance. Instead, this comes down to not having a proper bracing strategy. This video covers bracing in more depth, specific to the squat but it translates to what we want with the deadlift:

Deadlift Mistakes #5: Not Locking Back Position In

The most obvious barbell deadlift fault discussed in the strength training world is lifting with a rounded back. This “fault” can be from a few reasons:

It is also important to note that EVERYONE’S spine flexes to some degree during deadlifts. We’re striving to minimize this movement, though (but we never really will). 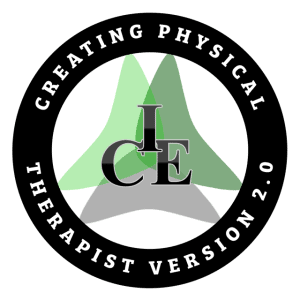 For rehab providers wanting to have a deeper understanding of movements like the deadlift, I recommend check out  Clinical Management of the Fitness Athlete Weekend Intensive Course. This is a two-day live course where we work through all the major movements performed by fitness athletes. Providing clinicians with the skills to provide higher-level care for these athletes.