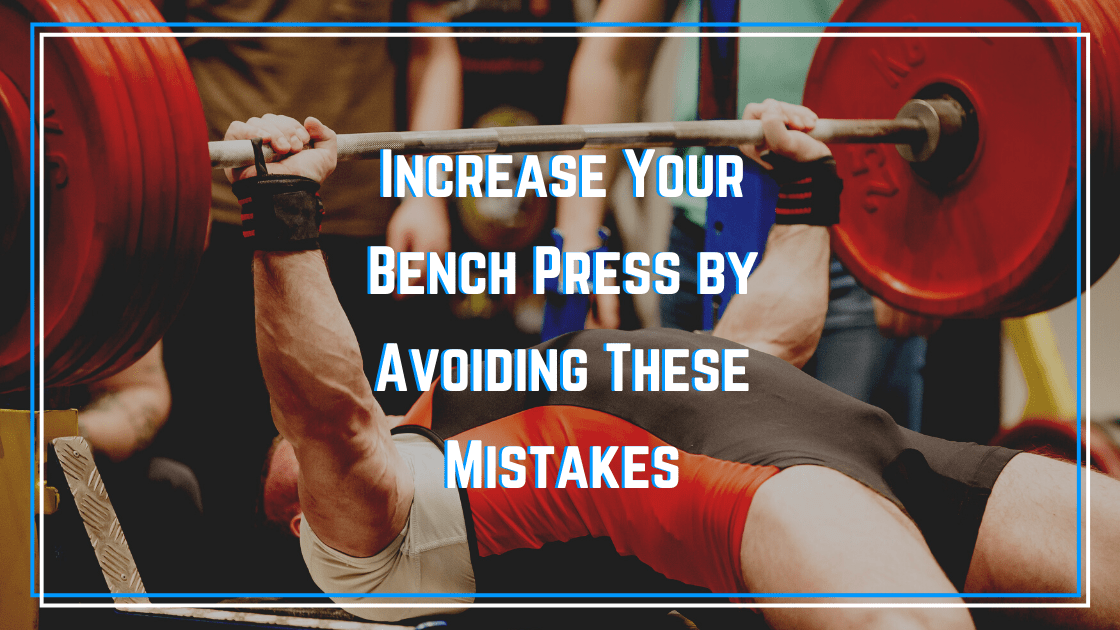 There are a lot of factors in the bench press that can make or break your success in the movement. If you want to increase your bench press you need to be aware of the things that can go wrong. These might sacrifice your strength potential, or worse, increase your chance of injury.     So, what are the top 5 bench press mistakes?

The goal of this article is to make you aware of any technical faults that might hinder your progress on the bench press.  If you are making these mistakes, I’ll show you how to correct them and find a more efficient movement pattern. (After reading this article, you may be interested in learning about the top 5 deadlift mistakes)

1. Not getting high on your traps in the start position

One of the most important points of leverage on the bench press is the position of the traps on the upper end of the bench.   Lifters are simply unaware of what part of their body should make contact with the bench press.  As a result, they just lay down flat with the majority of their weight resting on the back of their shoulder blades.  This position is called a flat-back bench press, and while it’s a good place to start, if you want to increase your bench press you need a better set up position. More elite bench pressers move their body weight on the bench press higher on their traps.  What this allows a lifter to accomplish is a more arched thoracic spine (mid-back), which helps the lifter:

This style of benching uses the bench press arch, and it’s a more optimal position to lift the most amount of weight. 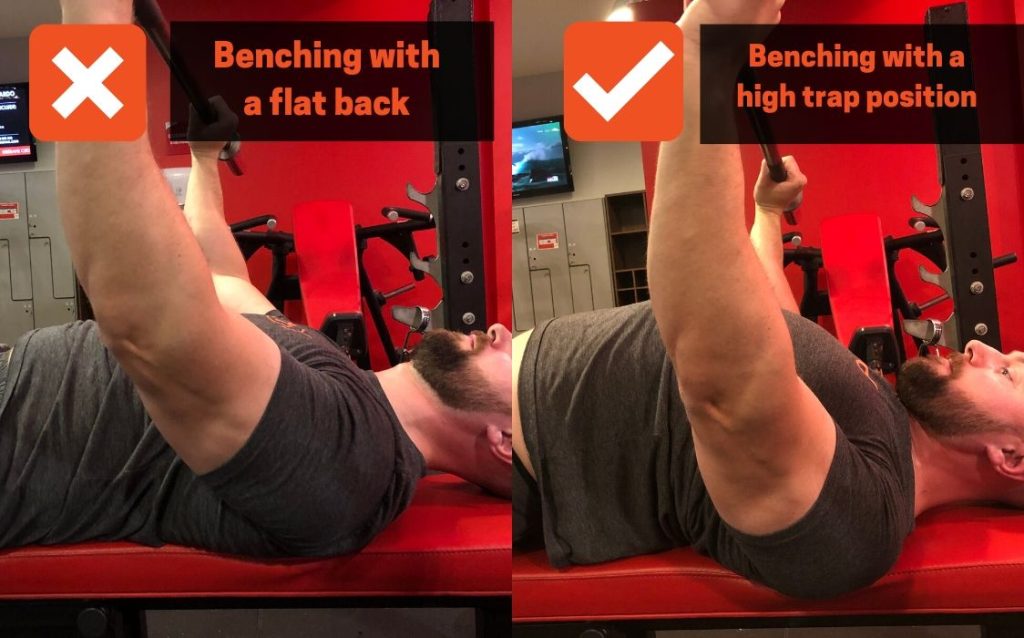 If you struggle with getting into this position, check out our other article on bench press mobility.

2. Not finding the right grip width

Benching with a grip too narrow or too wide might limit the amount of musculature you’re able to leverage. An inadequate grip width can also increase the amount of shear force at the level of the elbow or shoulder.

The general rule of thumb for grip width is somewhere between 1.5-2X acromial distance.  What this means is after measuring the distance between your two shoulders, take a grip width on the bench press that is 1.5-2X this distance.  Anything narrower than this and might not be utilizing your pec muscles to the fullest capacity.   Anything wider than this and you might not be utilizing your tricep muscles to the fullest capacity.

Some recommendations on selecting your grip are:

In another article I wrote on the wide grip bench press, I argue that a wider grip is slightly better because it reduces the overall range of motion of the movement.  If you reduce the distance the load needs to travel, you will perform less work. However, going beyond the 2X shoulder-width distance may do more harm than good.

3. Not squeezing your hands hard enough

Lifters will take the bar off the rack with ‘relaxed hands’, which will cause instability through the rest of the arm.  One of the easiest and quickest technical cues you can implement to increase your bench press is to squeeze your hands harder.  I like to tell people to ‘leave fingerprints on the barbell’, which is how hard they should be squeezing.

If you fail to squeeze your hands hard enough, the load will feel heavier in your hand and will cause instability through the shoulder joint. Because the hand is the main contact point with the barbell, it needs to be tight first and foremost before anything else.

The one key part about squeezing your hands on the barbell is making sure that you do it prior to lifting the barbell off the rack.  A lot of lifters like to squeeze their hands while they are taking the bar off the rack (at the same time), or worse, while the barbell is already over their chest.   Therefore, your cue to squeezing your hands should be:  “squeeze” then “lift”. You’ll then want to continue squeezing strong throughout the entire bench press range of motion.

4. Not driving “up and back” off the chest 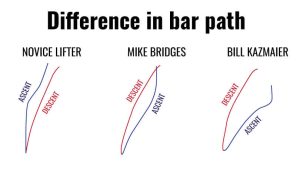 What you want to avoid when pressing the barbell off the chest is driving it ‘straight-up’.  The more optimal movement pattern is driving it ‘up and back’ in a more angled trajectory.   Here are the differences between a novice, intermediate (Mike Bridges), an elite bench press (Bill Kazmaier):  As you can see, the more elite bench presser drives the bar back off the chest more drastically than the novice and intermediate athlete.

“The argument for benching the barbell straight up is logical: the shortest distance between two points is a straight line. However, if bench pressing as much weight as possible if something you’re interested in you have to take into consideration things like leverages and moment arms. When benching for strength the idea is to lower the barbell below the nipple line which brings the barbell further away from your shoulders (axis of rotation) and results in a longer moment arm to overcome. If you pressed the barbell straight up, at lockout, your hands are closer to your feet than your shoulders compared to if you pressed up AND BACK”. –Tony Gentilcore

Mechanically speaking, the bench press requires shoulder flexion (like a front delt raise) and shoulder horizontal flexion (like a pec fly).  The main muscles carrying out these functions are the pecs and shoulders.  The main impact on shoulder flexion demands while bench pressing is the position of the barbell relative to the shoulder.  In other words, the greater the distance between the load (when on the chest) and the shoulder joint, the harder the pecs and shoulders need to work. 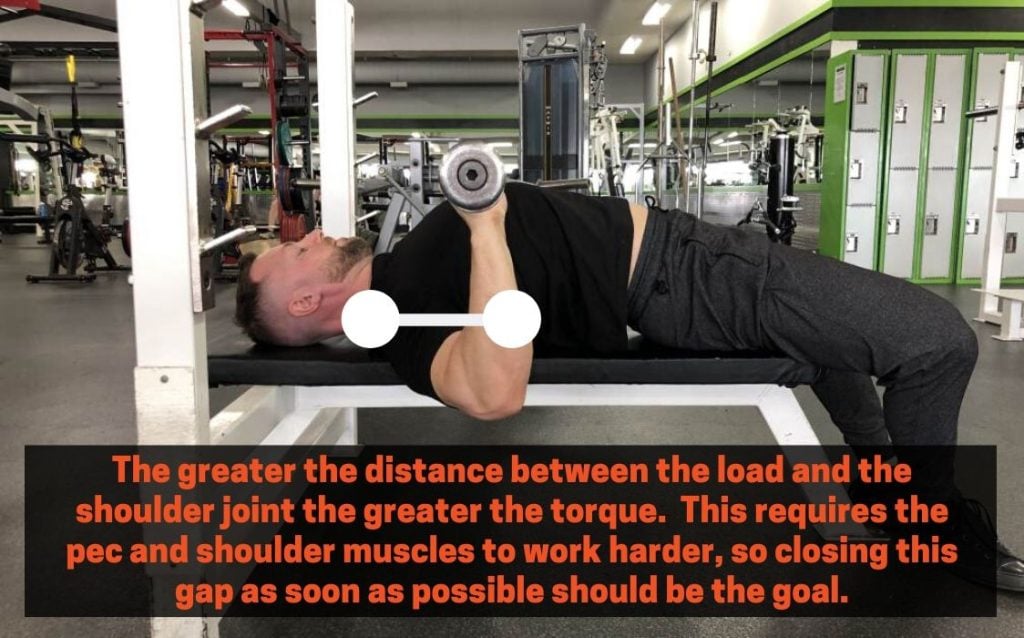 For elite bench pressers, they recognize that if they can reduce the distance between the load and shoulders as quickly as possible (driving back off the chest), then there will be less total flexion demands, which makes the lift easier.

5. Not keeping your shoulders retracted cycling through reps

Small optimizations to the bench press technique can allow you to lift more weight in a safer environment.  The key to implementing corrective changes is to know that it takes consistent practice over several weeks and months.  Don’t expect to be able to fix all your mistakes overnight. Changes will occur if you’re aware of the bench press mistakes you’re trying to correct, and you’re motivated to improve. 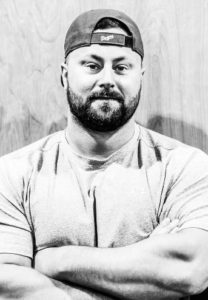 Avi Silverberg holds a Master’s of Science degree in Exercise Science with a research focus on powerlifting training.  He’s been the Head Coach for Team Canada Powerlifting since 2012 and has coached over 4500 attempts in International competition, including several World Record and Championship performances.  As an athlete, his claim to fame was always his bench press, competing at the World Bench Press Championships on three occasions and winning a bronze medal in 2010. Avi is the co-founder of MyStrengthBook, a software for coaches to manage their athletes’ training, and writes about powerlifting technique on his personal blog (PowerliftingTechnique.com).