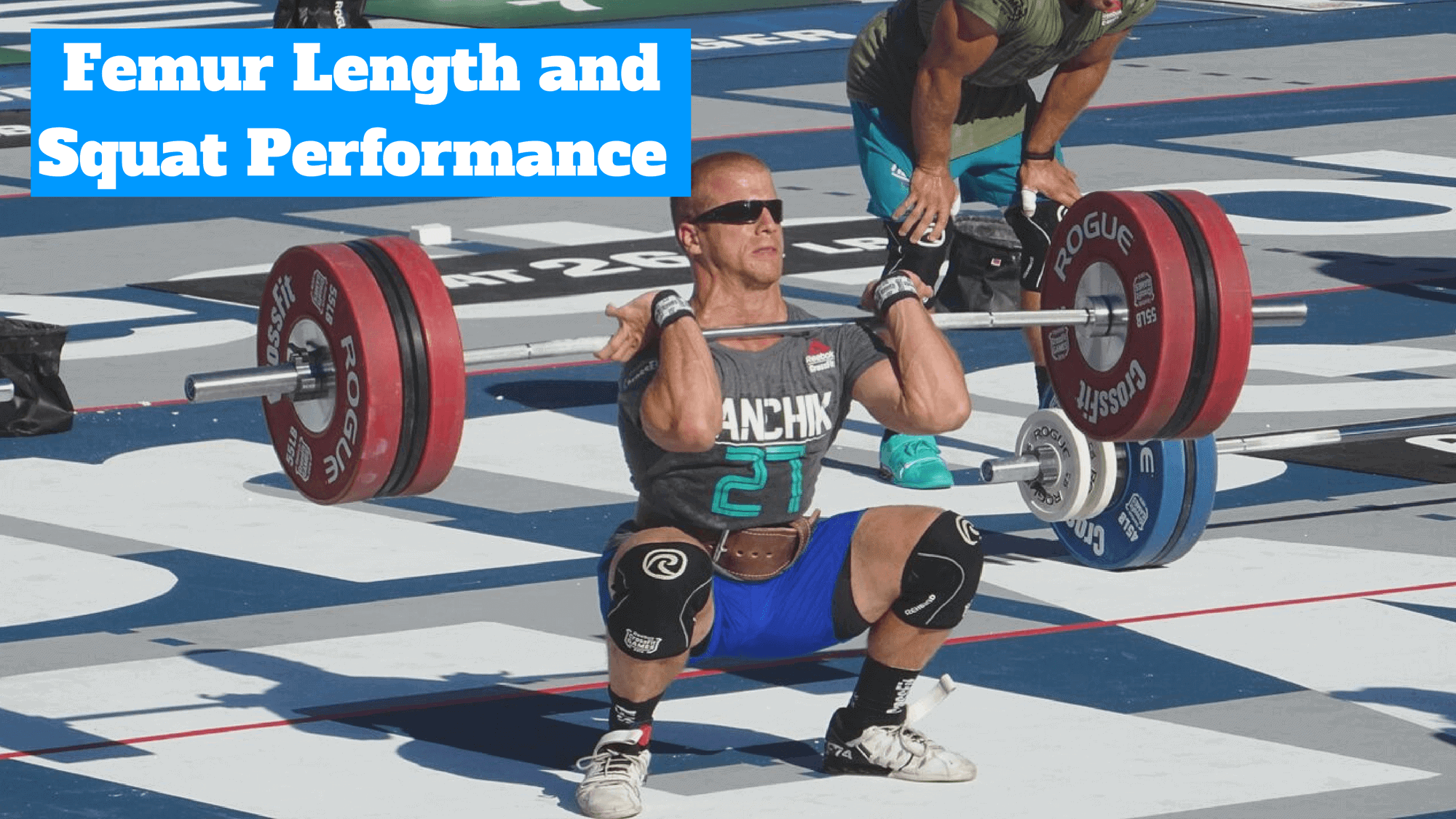 In Parts I and II in this series on how individual anatomical differences can impact squat performance. We covered the effects of various levels of ankle mobility, hip mobility, and hip boney anatomy. These two articles provide evidence for the need to individualize our squat technique prescription to every athlete that we work with. This week’s article will further investigate the effect of femur length (anthropometrics) on an individual’s squat. Understanding positioning and technique changes can help your find your long leg squat solutions.

Let’s first begin by discussing bar position during the squat. To have the most efficient technique possible, the barbell should be over the middle of the foot. If the barbell falls behind an imaginary line drawn vertically from the midfoot, the lifter will fall backward. If the barbell drifts in front of this imaginary line, the moment arm will be increased, placing extra stress on the lower back and making the lift significantly more difficult.

So as we discuss femur length’s effects on the squat performance, we will standardize the bar placement. It will be in line with this imaginary line rising vertically from the midfoot.

Next, let’s go with the example of an athlete whose femur length is short relative to his or her torso. As the athlete is in the bottom position of a squat, his or her torso being relatively long will make it much easier for them to keep the barbell over the midfoot while maintaining a fairly vertical torso. 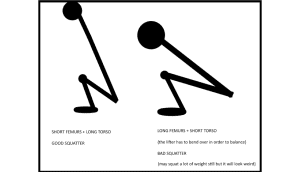 On the opposite hand, a short torso relative to the femur means that the athlete must have a more forward torso angle to reach the barbell over midfoot. Many will say that this back angle is the wrong technique, but in the case of athletes with this anthropometric makeup, this technique is acceptable and what they MUST do to squat with the barbell staying in the proper position.

Here is where this second scenario (long femur) becomes tricky….

Now let’s say that this athlete’s hip boney anatomy makes it difficult for them to move through significant hip flexion range of motion. Now that combo of long femur (requiring a more forward leaned torso = hip flexion) plus limited mobility can become a larger problem.

It this video I discuss two ways to significantly improve squat positioning for athletes with long legs.

For those wanting to dive deeper, the following video is great: