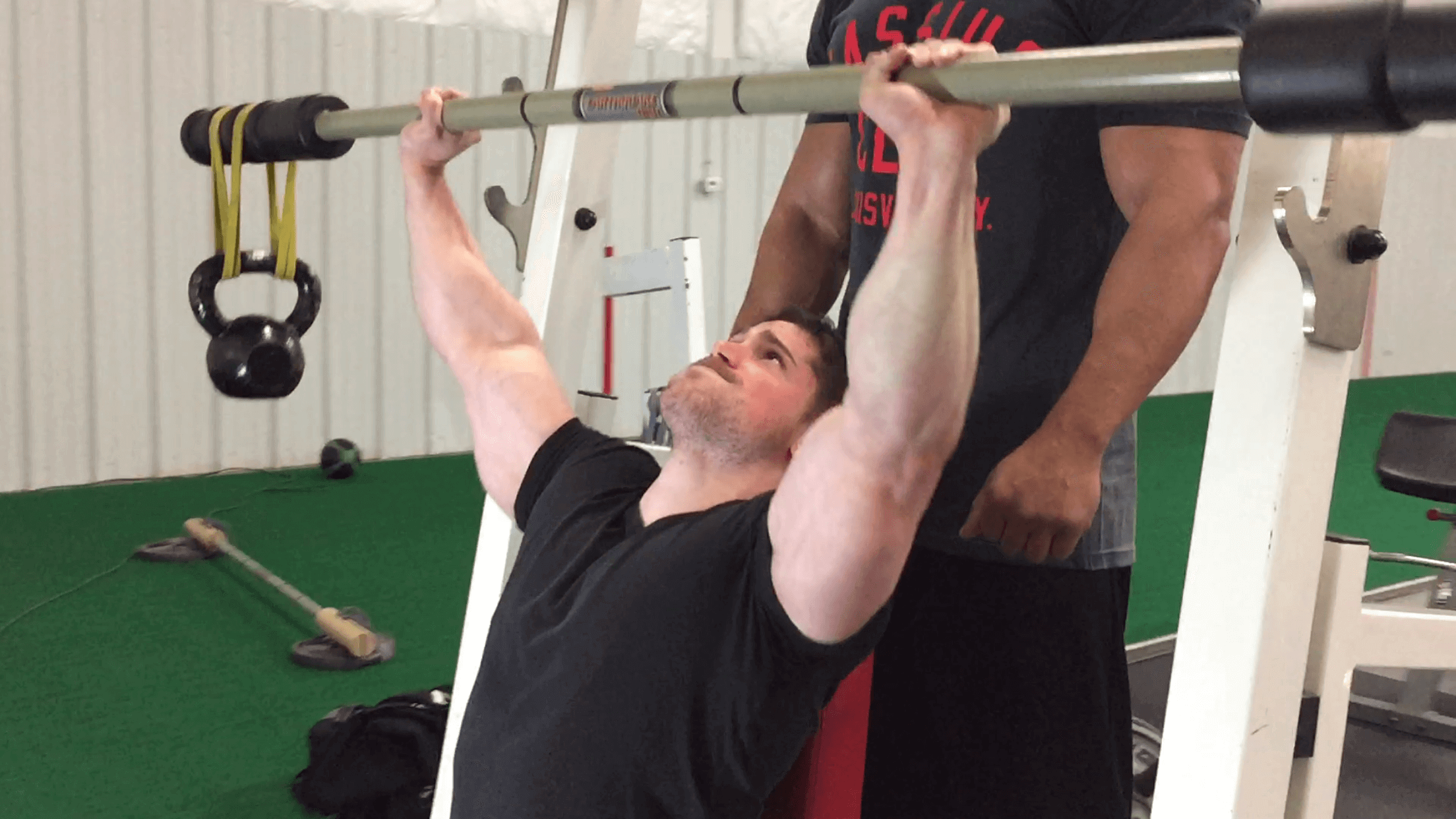 The use of hanging band technique for shoulder rehab and performance gains has become very popular on my various social media accounts, and for a good reason….this training tool works! While I’ve used this throughout the body, I’ve found the athletes that I work with respond very well to utilizing this tool for the shoulder.

By hanging weights from resistance bands, the instability of the movements is drastically increased. Therefore, the athlete’s neuromuscular dynamic control is greatly challenged.

There are three significant benefits of hanging band technique:

Here are a few of my favorite hanging band drills specific for the athlete needing increased shoulder stability, in approximate order of progressions:

The hanging band technique overhead press is a great place to start HBT training. Motion is slowed down compared to traditional overhead pressing, and as you can see, there is some increased stability demands (but not as much as the variations to follow). Research has also shown significantly greater trunk muscle activation with the HBT press vs. a standard barbell.

Hanging band technique overhead squats (using the Bandbell in this video) will shock you at how difficult these basic exercises can be with lightweight! If your overhead squat is suspect at times, this variation will make you dial your technique in, because as soon as you get out of positioning, the HBT set up will become soul crushingly hard!

Behind the Neck Press

Before the internets goes crazy…behind the neck press can be a bad move for some athletes, but for many, this pressing variation will go a long way towards long term shoulder health and injury prevention. That’s why elite lifters use BTN Press’ all the time. The hanging band variation will let us load this pattern with slightly less weight but still training the neuromuscular system to develop control.

Physical Therapist Aaron Swanson showed me this hanging band technique variation, which I love in the clinic. The increased bounce from this variation takes stability demands to another level.

Bench Press with The Yoak

The Yoak provides an incredibly difficult and versatile tool for stability work. The curve of the bar also increases the range of motion of this bench press variation.

I think when I came up with this variation, I must have been mad about something cause it is just mean. But lots of fun if you aren’t the athlete! Having a partner provide extra perturbations while you hold a bar overhead is a killer stability workout. This drill was instrumental in helping this athlete overcome a serious shoulder instability problem and get back to CrossFit.

Anyone who has followed my work for a while knows how much I love carries for rehab and performance. The following videos show some great variations of single arm and double arm carries using hanging band technique.