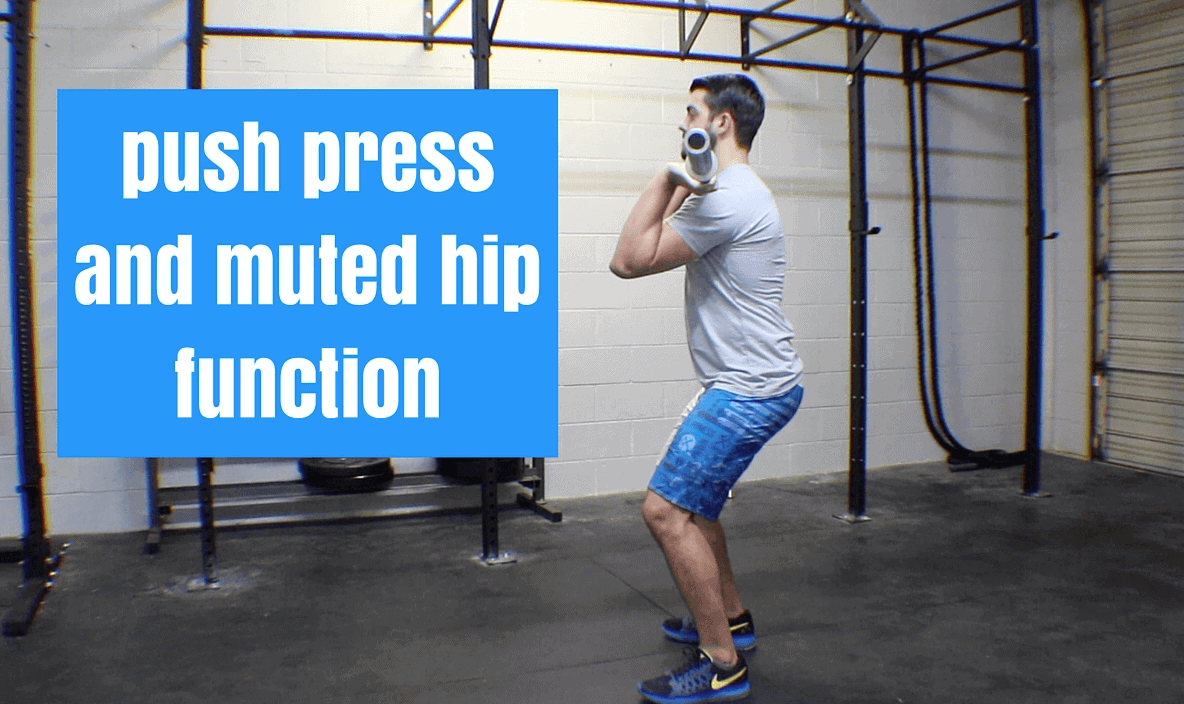 The push press (PP) is a fantastic exercise for building upper body strength, core-to-extremity coordination, and full-body power. But it also provides excellent insight into the movement patterns of athletes. Here are the key movement principles you need to look at with the PP.

Thanks for joining me today. We’re going to take a little bit about the PP and how it can be used as a tool to analyze an athlete’s movement patterns, specifically of their hips and core. Greg Glassman did a great article about this in The Crossfit Journal where he addressed muted hip function.

Athletes that don’t like to load their hips, their glutes, and their hamstrings and instead revert to a quad-dominant movement pattern. That’s something that we see in a lot of athletes, especially a lot of athletes dealing with knee pain. This exercise can be a great way to analyze that muted hip function.

The way Greg Glassman suggested to look at that is to have an athlete perform a 20 rep push press, so as the athlete gets more and more fatigued, maybe they don’t start demonstrating this muted hip function, but as fatigue kicks in, then they start to lose proper movement patterns, so when an athlete is demonstrating this muted hip function during the push press, what we’ll see is as they go down into the dip portion of the push press, their pelvis will follow their femur and their pelvis will lose positioning. It’s going to look like this.

The athlete goes down into their dip and then their pelvis is going to roll and chase the femur, verses, in a good push press, we’re going to see the athlete maintain that vertical torso, but they’re going to load their hips and hamstrings and that pelvis isn’t going to chase the femur. The other thing we’ll see a lot in athletes, as they’re getting higher and higher into those push press reps is they’ll start to lose spine positioning and maybe break into an overextended spine position if they lack some core stability, and that will look a little bit like this, instead of keeping a neutral spine positioning throughout the overhead press portion of the push press.

Check push press out. Go do a 20 rep max push press sometime this week. Take a video of it, analyze how you move, see if you maybe demonstrate some core instability or muted hip function.