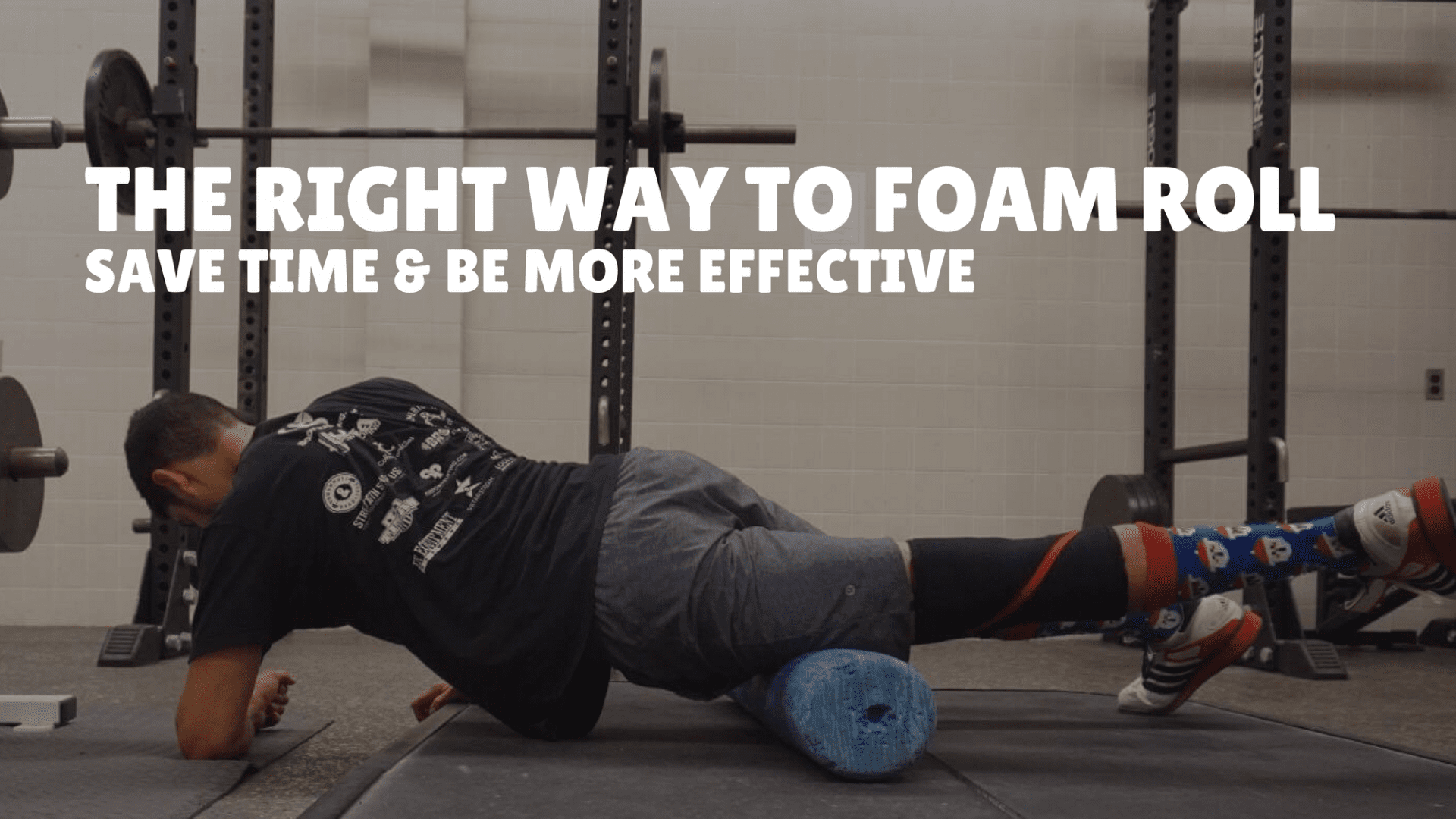 You’ve probably heard other athletes attempting to “break up adhesions” or “realign fascia” in the name of self-care and recovery. There’s no doubt that foam roller and lacrosse ball sales have skyrocketed now more than ever. However, what if we told you that you’re foam rolling for all the wrong reasons?

What if you’re not actually optimizing your performance with your foam rolling technique? In the following paragraphs we will cover and clarify common myths with foam rolling. We will also describe how best to work it into your training based on what the current research has to say.

By Chris Gai and Madison Franek (Evidence Based Movement)

“What do you think is happening when you foam roll?”

Often times, don’t we think of using the foam roller, lacrosse ball etc. in order to help post-exercise recovery? You know, for physical reasons such as “to break up adhesions, “realign fascia”, or maybe even “to increase temperature and help with blood flow”?

If so, you’re not alone, but we’re here to clarify those common myths.

When reviewing the manual therapy literature, it’s understandable to see why buzz phrases such as “breaking up scar tissue” and/or “realigning fascia” have gained popularity. All we have to do is look at a study by Hayashi et al (2011) to see where such ideas stem from. In this study, researchers concluded that human-sized tools were useful at remodeling rat ligaments. However, we need to remember, this would be the equivalent of applying thousands of pounds to our human frame in order to make these tissue changes.

As a matter of fact, this is precisely the case as a study by Chaudhry et al (2008) found. We would need approximately 852 kg (1870lbs.) in order to create a 1% change in tissue structure! This is probably a good thing. As our muscles should be able to withstand high loads and you know…stay together. Feel free to calculate 5% changes, 10% changes etc. We hope now that you’re rethinking the idea of creating tissue changes. And also starting to question the possibility of inducing temperature changes to facilitate blood flow.

A 2016 study (Murray et al) sought to examine if muscle temperature changes occurred with foam rolling as frequently theorized in the fitness world. This study looked at a single bout of foam rolling to the quads. They concluded that NO statistically significant temperature change differences were found between experimental and control legs. Now you might be asking yourself if foam rolling doesn’t create mechanical changes like I thought it did, how does it work because I still feel and move better after using it? 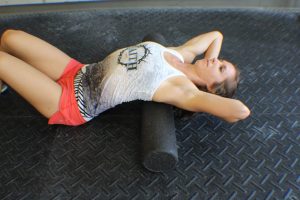 So This Is What We Think Is Actually Happening.

With foam rolling, what is most likely happening is that we are tapping into the neuromuscular system to make changes in the physiology, also known as the neurophysiological model. It’s essentially suggesting that by rolling or even stretching we’re not causing tissue changes, but rather decreasing neurological tone by turning on receptors in the nervous system that sense tissue tightness and/or pain. In other words, foam rolling (or any other form of self-myofascial release) is changing your body’s perception about tightness and/or pain. Being that we are an evidence-based page, we’d now like to take a look at what the literature has to say about this neurophysiological model.

Some interesting evidence in support of the neurophysiological model includes a study by Aboodarda et al (2015), who showed acute increases in pain pressure threshold (PPT) in the gastrocnemius after foam rolling (PPT is the amount of pressure a subject can tolerate prior to it feeling painful). The interesting part about this study was that the researchers only measured PPT in the muscle that was NOT foam rolled, suggesting that there is a change somewhere down the line before the muscle itself. It’s hypothesized that this change is modulated from the nervous system.

These results are not just seen with pain pressure, but we also see how the neurophysiological model affects range of motion (ROM). In a 2016 study by Behm et al, the authors found significant increases in upper body ROM after subjects stretched their lower bodies. Let’s repeat that! Lower body stretching led to significant increases in the upper body! This suggests that once again there is a change somewhere down the line before the muscle tissue itself that is being foam rolled! If you’re still not buying this nervous system mumbo jumbo, feel free to look at what other researchers have to say, as the evidence behind the neurophysiological model has some growing support [9, 22-25].

So How Can I Incorporate Foam Rolling Into My Training?

Now that we have a better understanding as to the proposed mechanism behind the benefits of foam rolling, let’s take a deeper dive into how can you incorporate this technique into your training routine. As was mentioned previously, often times we may think of using the foam roller, lacrosse ball etc., to help aid in recovery post-exercise.

We’d like to put forth a new idea however. How about including it within your warm-up routine? More importantly, how about combining foam rolling with some form of loaded, active movement? To support what we’re proposing, let’s take a look at a 2017 study by Morales-Artacho et al.

In the following study, the objective was to compare the effects of nothing vs. cycling (active) vs. foam rolling (passive) vs. cycling + foam rolling (active + passive) on hamstring stiffness as well as maximal ROM at 5 min and at 30 min after treatments were applied. What the researchers found was that active as well as active + passive (i.e. cycling and foam rolling) approaches were best for decreasing stiffness as well as facilitating increases in ROM. Now, when reviewing the following article we see that immediately post-exercise that ROM increases were similar between treatment groups. However, when looking at ROM at 30 min post-exercise, the authors found a significant difference between groups, in favor of a combined approach!

Interestingly enough, when looking at the passive group (i.e. foam rolled), while small, immediate short-term stiffness decreases were found at 5 min post-treatment, this occurred WITHOUT MEANINGFUL changes in ROM. It should also be noted that the authors reported that the time between warm-up and competition appears to be BEST for reducing muscle stiffness. Thus supporting our point mentioned earlier that the best time to incorporate foam rolling should be in your warm-up routine NOT post-exercise. Now that we’ve taken a look at the literature, let’s describe what this might look like for you! 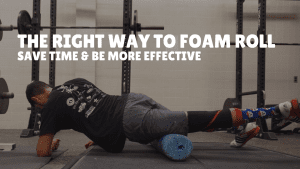 Within your warm-up routine, what we suggest is short, frequent bouts of rolling followed by immediate loading and movement in this newly established range.

Don’t’ believe us that short bouts are effective? We will point you to a study by Sullivan et al (2013), which demonstrated that rolling for JUST 10 seconds per set led to increases in ROM.

SO HOW DO WE CREATE A MORE EFFECTIVE FOAM ROLLING PRACTICE?

So if we were to be doing overhead presses and need to have better lat flexibility we might perform lat foam rolling followed by an active range of motion drills such as Rack Lift Offs (below) and then begin loading the overhead press.

Written By Evidence Based Movement