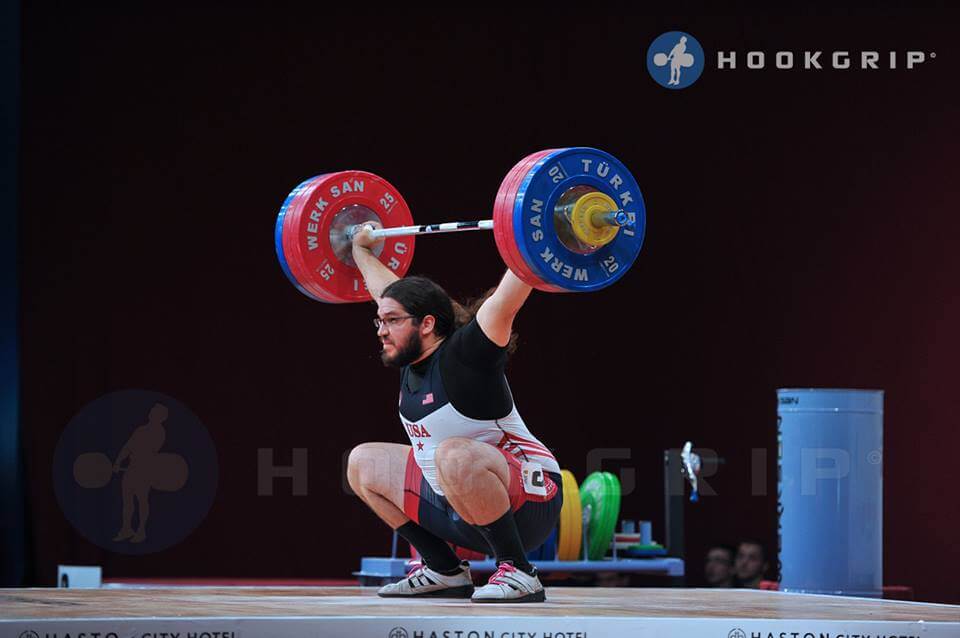 The debate around knee valgus in lifting remains hot with frequent social media fights erupting when an athlete’s form is criticized. I ask that anyone wanting to discuss this with me in social media comments or emailing me please read this article in its entirety.

When I first wrote this article, I sat on it for a while before publishing. But ultimately, Travis Mash of Mash Elite Performance on his Barbell Life Podcast convinced me that I should. The section of this interview that discussed this topic can be listened to here:

Let’s be clear about something from the star. Dynamic knee valgus has repeatedly been shown in the literature to be a mechanism of a variety of injuries. My purpose here is not to debate that. Instead, I am expressing my opinion on valgus and why it might not be as bad as we all thinkin some situations.

Second, I believe knee valgus should be avoided in the vast majority of people while lifting and as close to never as possible during other dynamic activities (jumping, running, cutting).

The term “knee valgus” refers to the inward motion of the knees towards the midline of the body. If we are going to analyze the safety of valgus, we need to have a better understanding of what it is. I propose the following definitions of three different types of knee valgus.

First, DYNAMIC KNEE VALGUS refers to the UNCONTROLLED inward movement of knees during movement. To be categorized as knee valgus, the knees must move inside of an imaginary line drawn from the hip to the ankle. This is illustrated below. Dynamic knee valgus often results from poor ankle mobility or gluteal activation during tasks such as jumping and squatting. Athletes demonstrating this uncontrolled valgus do so at both high and low loads. When research studies demonstrate a correlation between valgus and injuries, this is the motion they are describing. This is a poor movement, and coaches should address this movement fault.

Finally, I believe there is a category of CONTROLLED VALGUS. This is seen in advanced athletes who move their knees inside of that line during a lift. In these elite lifters, this movement is advantageous to their sport and probably not a huge injury risk factor. This is due to their ability to control this motion that ONLY occurs at max and near-max loads.

Elite lifter Mattie Rodgers does this in many of her lifting videos. And I’m certainly not going to blame this on weak glutes!

The loading is an important component to this as we typically only see this at very high loads. These high-level athletes have proven to have sufficient mobility, stability, and motor control to perform a proper squat. They also don’t demonstrate this valgus movement during more dynamic tasks like jumping.

So why do they demonstrate the knee valgus movement at heavy loads? I believe it is a result of a forceful quadriceps and adductor magnus contraction. And, it is a motion that allows for stronger contraction of the glutes. Let’s explore this more….

The Quads Roll in IR

If you sit on your bottom with your legs stretching out in front of you and contract your quads, what happens? In the video below, you’ll see that a quad contraction also causes internal rotation of the hip (credit Bret Contreras for this idea). So wouldn’t it make sense that as a lifter pushes maximal weight, generating as much force as possible, some inward movement happen as a result of the quads?

Recent research by Vigotsky and Bryanton has also found that “The adductor magnus appears to play a pivotal role in hip extension during the squat, producing, on average, more than 50% of the net hip extension moment.”

Thus, a strong contraction of the adductor magnus to produce hip extension will also produce an inward movement of the thigh.

A similar effect is often observed in very quad dominant lifters. You’ll see them shoot their knees forward during a squat to do the same. This knees forward movement allows the athlete to use that stretch shorting cycle to re-load the quads as they rise.

I believe that the knees in movement in elite lifters during maximal loads are the result of strong contractions of the adductor magnus and quads, as well as a mechanism that may allow the lifter to take advantage of a stretch-shortening cycle to further load the glutes and thus move more weight. Is it the safest position for them to move into? Probably not. While this knee valgus movement is not how I teach people to lift, I certainly won’t coach the elite lifters out of that movement.