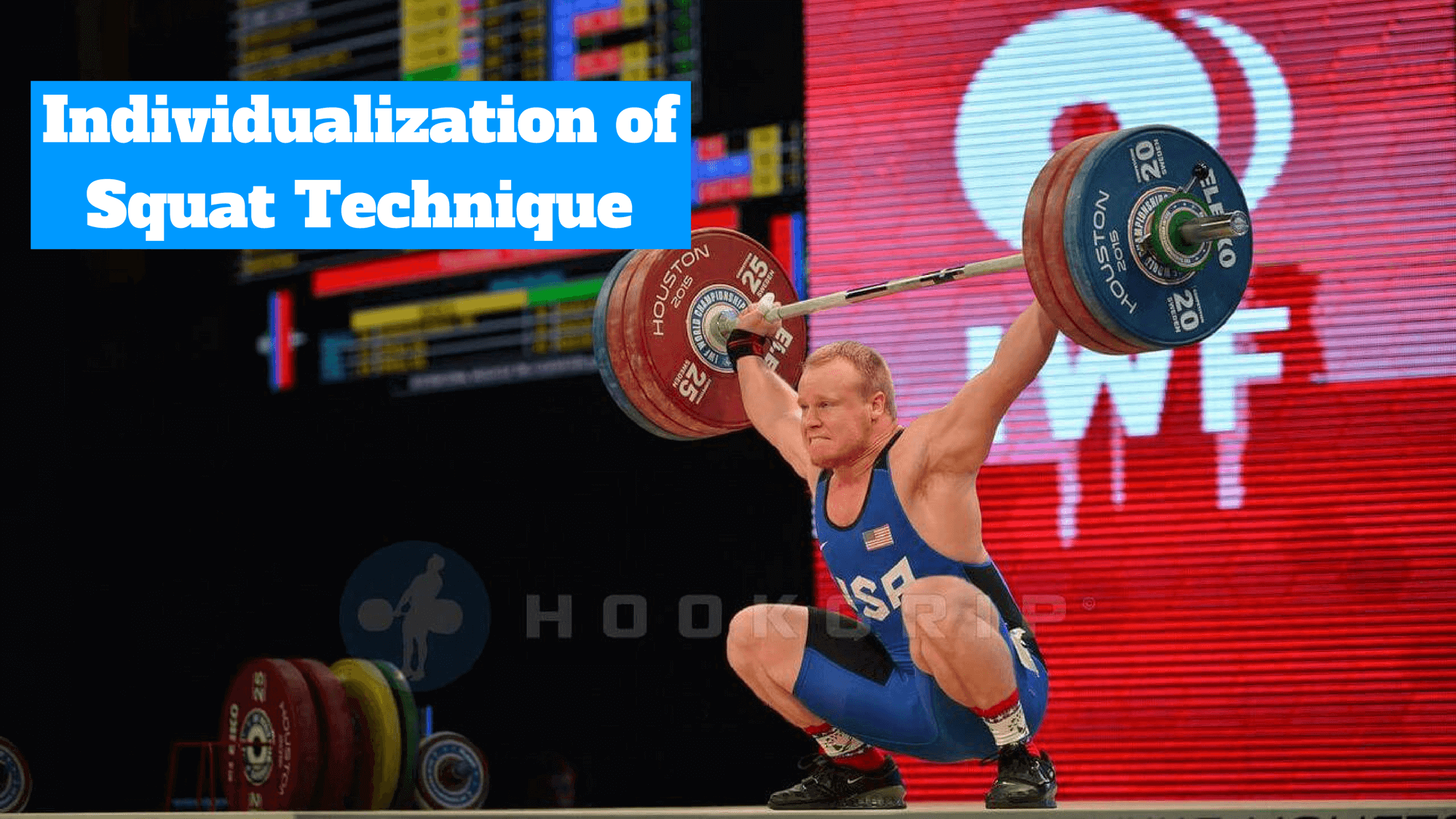 We’ve covered how specific mobility limitations, hip socket alignment, and bone lengths can impact squat performance in the last three parts of this series. In this final installment of individual differences affecting the squat technique, we will discuss sports variations. 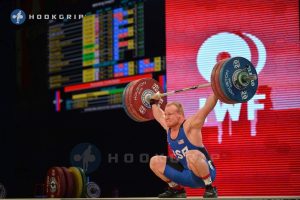 Sports Positions for the Squat

Let’s begin by looking at Olympic weightlifting where athletes must perform the snatch and the clean & jerk. For these two movements to be done, the athlete must have a good front squat for the clean and overhead squat for the jerk. Both of these are best performed with an upright torso for easier stabilization of the weight.  Combine that with the fact that the lower the squat, the heavier weight that can be lifted.
This is quite the opposite of powerlifting, where athletes want to squat as high as possible while meeting judging standards (more to come on powerlifting).
For the Olympic weightlifter to squat as low as possible with an upright torso, the knees will have to travel forward and move past the toes (scaring the hell out of misinformed coaches that are terrified of a knees forward squat).
Here’s a great example of what happens when an athlete tries to overhead squat when they can’t keep a very upright torso. This shoulder position places a lot of stress on the glenohumeral joint and resulted in this patient having significant shoulder pain. 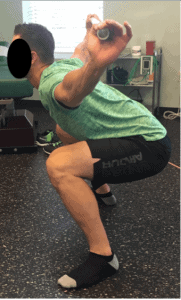 Powerlifters, on the other hand, will likely lift LESS weight if they squat lower, so minimizing the distance traveled is advantageous for their sports performance. Only having to squat to parallel (or “parallel” in quotations depending on the federation judging the competition) allows the athlete to have a bit more variation in their movement. But in general, we tend to see a much more hip dominant movement pattern when powerlifters squat with a closer to vertical tibia and increased forward lean, increasing the workload on the hips and low back. 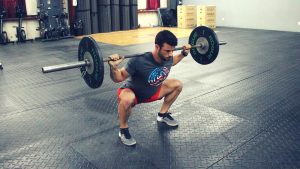 While there are certainly some outliers to the above statements, when viewed as a whole it’s easy to see that squat technique is altered in these two sports to allow for improved performance based on the standards of Olympic and powerlifting and providing us with further evidence for the need to individualize our prescription of what a good squat is and is not, avoiding outdated “rules” about what a squat should look like such as keeping a vertical shin angle, pointing toes at a certain angle, etc.

Be sure to check out Parts ONE TWO and THREE in this series for more anatomy specific examples of how individual differences impact squat performance.