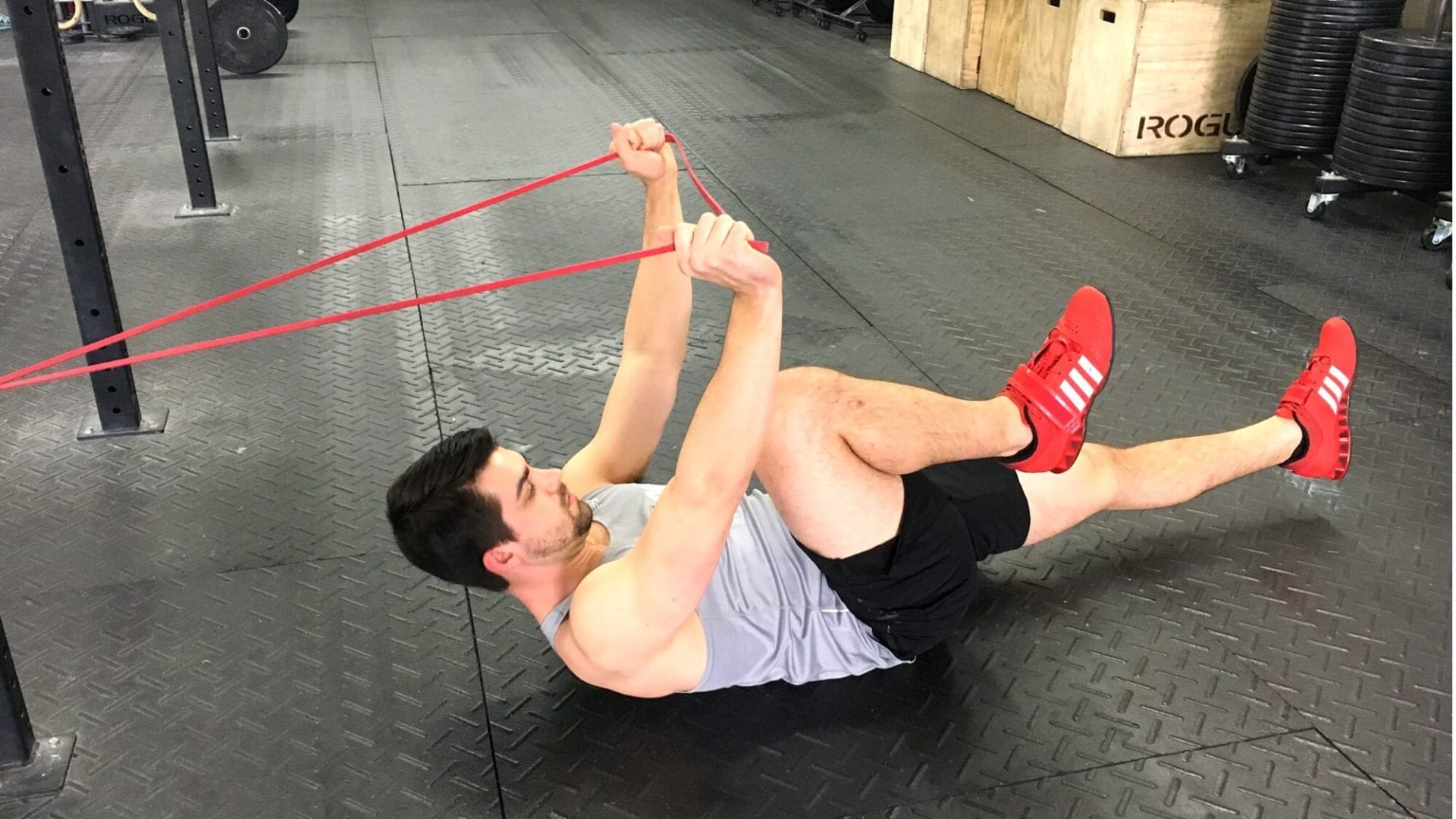 Core stability is the key to unlocking an athlete’s optimal performance potential. Without it, forces cannot be efficiently transferred from the lower body to the upper extremities. The Dead Bug exercise is commonly thought of as a remedial core exercise best used in wimpy rehab programs. But, the Dead Bug can be one of the most effective movements you can perform to dramatically improve your sports performance.

Why The Dead Bug:

This exercise is a great way to work in a developmental position (supine), where we have a great deal of ground contact with our backs. This gives the body more proprioception of the position that we are in. The Dead Bug allows for us to work in a fundamental position to resist lumbar extension. This basic pattern can be progressed to levels designed for improved performance in even the most elite athletes.

Our goal with this exercise is to activate our superficial and deep core musculature while our extremities are in motion. The athlete will need a solid foundation if they want to perform to the best of their ability. If the body does not have the strength to support the spine and transmit force, it is hard to expect the core to be reflexive and have control in a dynamic environment. The Dead Bug creates a situation where this foundation can be built and developed to augment overall athletic performance.

This is the first progression of the dead bug performed with just the legs being in motion. The knees will remain bent, and one heel at a time is brought to the ground. The arms are static and held straight above for the entirety of the movement.

Building on the first movement, the full taps will incorporate the movement of the arms. The opposite arm and leg will now move together. The knees remain bent, but the upper extremities are now involved.

This is your standard Dead Bug where we are now fully extending the knees along with the arms. Work on holding a one-second pause while the arm and leg are fully extended.

The movement is now receiving external resistance from a band directly above the head. Ensure that you push up and forward into the band. There should be enough resistance that you have to put up a good fight not to allow the band to go back. You can perform this with the knees bent or with fully extending the knee.

This is an excellent way to work on rotational core stability. The band should be at chest level and high enough that the arms can fully extend. The same principles apply as the Anti-Extension Dead Bug. So, there should be enough resistance that you have to stabilize to the hold the band above your chest.

Lay down on a bench and hold a kettlebell steady above your chest. Keeping the knees bent, bring one leg down until you feel your upper thigh getting close or hitting the bench, then return. This is way harder than it looks.

We also recommend diving into an athlete’s ability to perform proper hollow-body drills as it translates to many sports movements as well.

JACKSON TAYLOR HAS BEEN A STRENGTH AND CONDITIONING COACH FOR THE PAST 6 YEARS AND CURRENTLY RESIDES IN SAINT AUGUSTINE, FL.  HE HOLDS A BACHELORS OF SCIENCE IN BIOLOGY AND NEUROSCIENCE FROM WESLEYAN UNIVERSITY AND IS CURRENTLY A DOCTORAL STUDENT OF PHYSICAL THERAPY AT THE UNIVERSITY OF ST. AUGUSTINE FOR HEALTH SCIENCES. HE IS A USAW SPORTS PERFORMANCE COACH, ACE CERTIFIED PERSONAL TRAINER, AND A STUDENT MEMBER OF CLINICAL ATHLETE. HIS CLIENTELE HAS RANGED FROM ELITE COLLEGE ATHLETES TO SPECIAL NEEDS PEDIATRIC POPULATIONS. HIS TRAINING IS DEFINED BY MOVEMENT PROGRESSION. HUMANS ARE MEANT TO MOVE IN A VARIETY OF PATTERNS WITHOUT ISSUE. THE GOAL WITH ALL OF HIS CLIENTS IS TO EMPOWER THEM THROUGH BUILDING A STABLE PLATFORM, CORRECTING MOVEMENT IMBALANCE,  AND DEVELOPING PHYSICAL AND MENTAL STRENGTH.