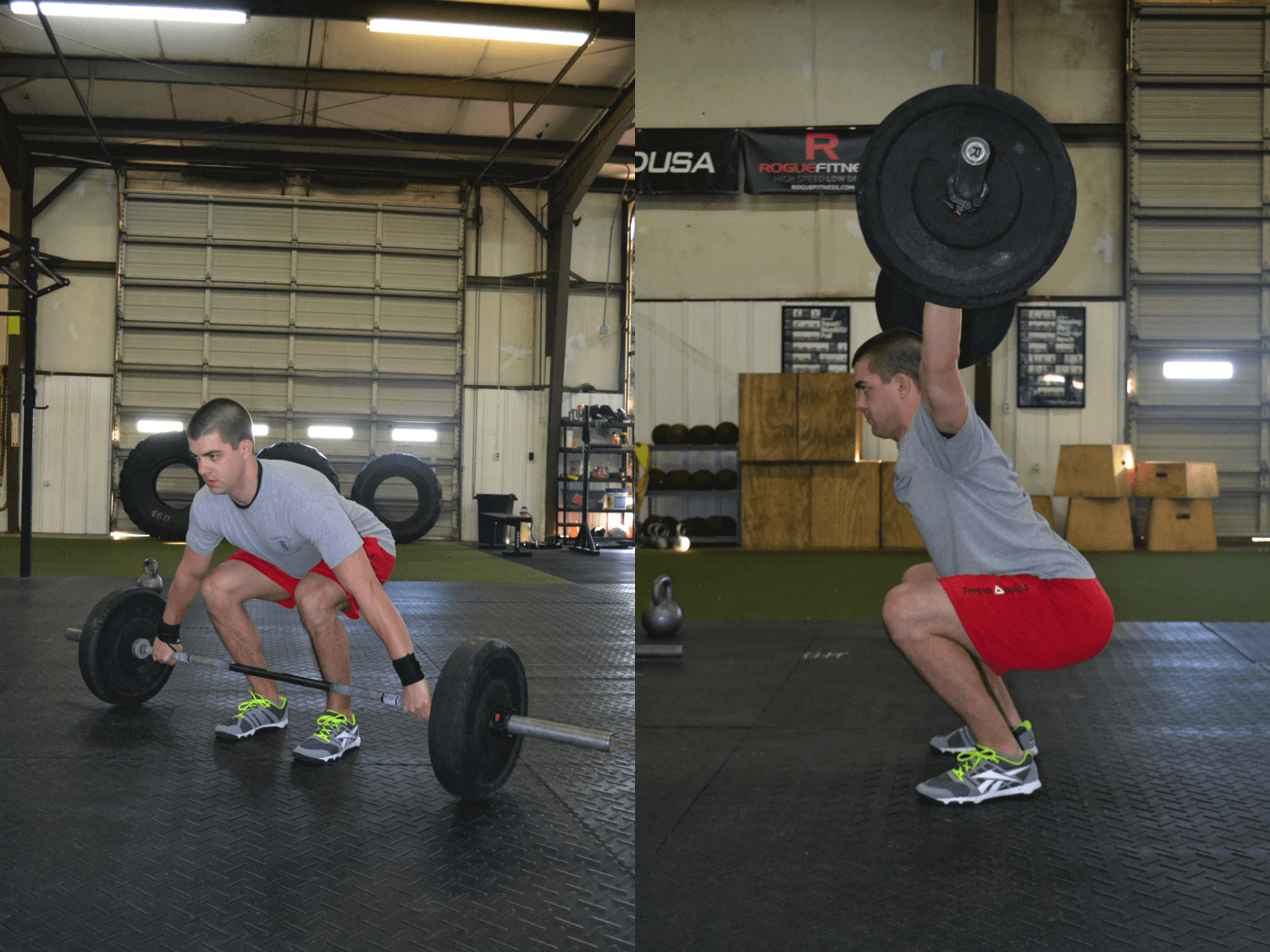 The snatch exercise is a frequently used movement in strength & conditioning programs, and for a good reason.  This exercise allows the athlete to lift very explosively and with biomechanics similar to that seen in many other athletic movements such as running and jumping.  However, the snatch lift is highly technical and requires time and a good coach to learn how to master.

The simplest explanation of the snatch exercise is that it is a movement in which the athlete lifts a barbell from the ground to an overhead position in one explosive and continuous movement. To set up for the snatch, the lifter should approach the bar with a hip-width stance and toes turned 10-15˚ out.  The hips should be higher than the knees, chest up and out, scapula retracted, and back straight.  Finally, the shoulders should be directly over or slightly in front of the barbell and weight distributed over the center of the foot (Favre, 2006).

Following the setup, the snatch is typically divided into six phases based on knee angle displacement. First, Pull (#1-3) begins as a barbell is lifted off the ground and ends when the knee reaches the first maximum extension (Gourgoulis, 2000). The knees and hips are extended during this phase while the ankles are plantar-flexed, but the entire foot remains in contact with the ground. The trunk should be held at a relatively constant angle about the ground (Barnoletz, 1996).

Transition, aka Knee Bend (#3-4), begins at first knee extension maximum and ends at maximum knee flexion (Gourgoulis, 2000). The knees are pushed anteriorly towards the barbell and flex about 20° during the phase while the hips continue to extend (Barnoletz, 1996).

Second Pull (#4-6) begins at maximum knee flexion and ends at the second maximum knee extension (Gourgoulis, 2000). During this phase, the ankles are plantar flexed, and heels raise off the ground (some debate about this in the Oly world) while the knees and hips continue to extend (Barnoletz, 1996).

Turnover (#6-7) phase is from the end of the second pull until the barbell reaches its maximum height (Gourgoulis, 2000). During this phase, the lifter begins to move their body downward and begins to reestablish full foot contact with the ground (Barnoletz, 1996).

Catch (#7-8) from maximum barbell height until the barbell is stabilized by the lifter overhead (Gourgoulis, 2000). Feet are in full contact with the floor, and the arms are locked overhead (Barnoletz, 1996).

Rising begins after the catch and ends by rising from a squat position (Barnoletz, 1996). Barbell Trajectory During the Snatch Exercise