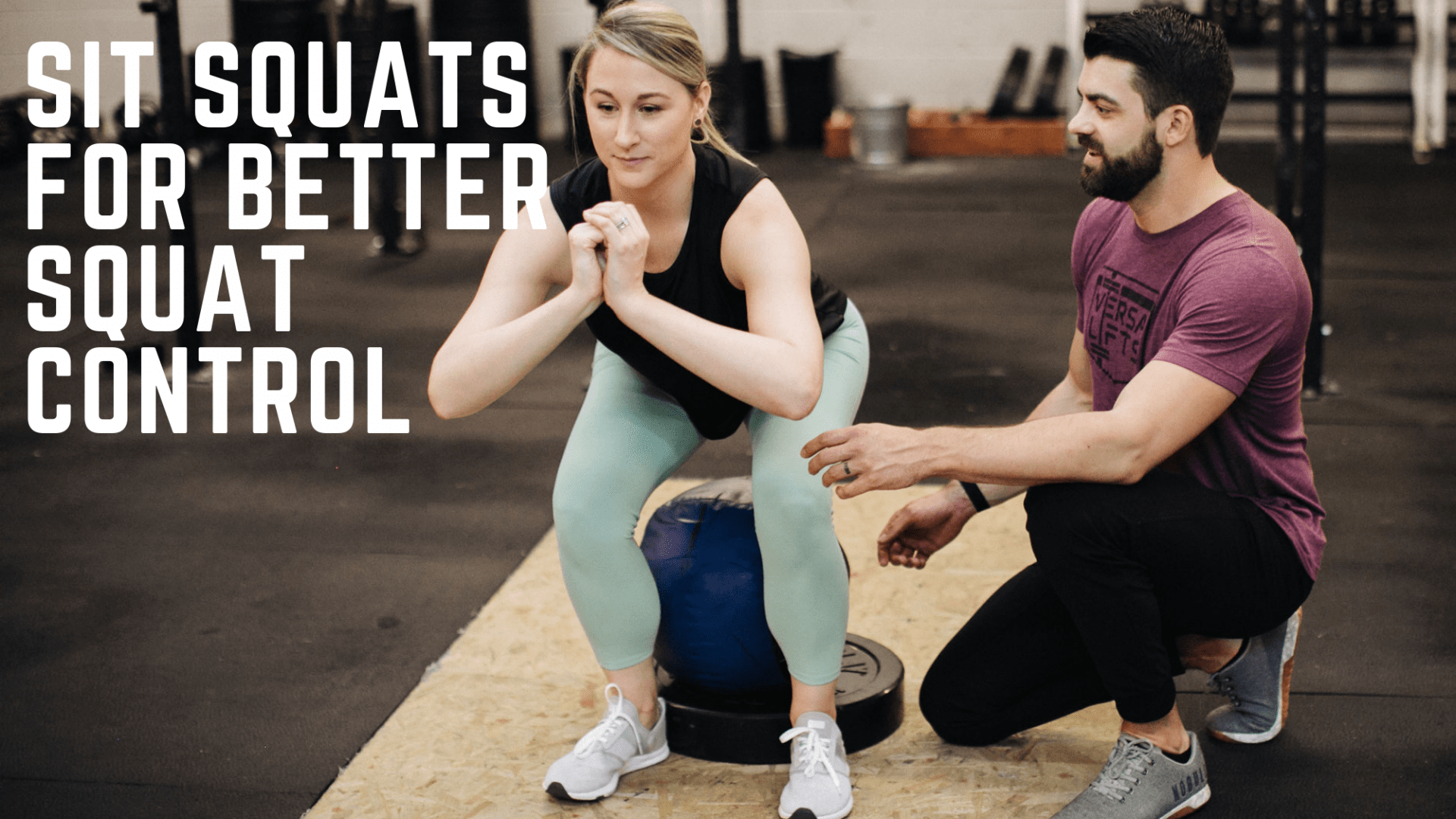 Today, I’m going to talk about the one squat variation that you should have all of your clients do, and that is the sit squat, which is a relatively simple looking squat variation, but it really works individuals across a broad spectrum to address their specific needs. I use the sit squat a lot with the fitness athletes that I work with because it forces them to spend some time learning control in the bottom position of their squats. If we look at how most Olympic lifters, even CrossFitters train, they like to really get down into the bottom of the squat and use a really fast stretch reflex to get in and out of the hold really fast. They never spend a lot of time and attention there. Sometimes, they’re a little weak in that bottom position of squat. That makes this a great variation.

I also end up using the sit squat a lot with some of the older athletes that I work with, some of the lesser fit individuals that I work with, or people that are post-surgery because this squat variation is just an isometric hold at the bottom of the squat, meaning for a lot of individuals, it’s going to be really joint friendly, it’s going to be really muscular friendly, so for them, it’s a non-threatening way to introduce them to the squat pattern and then I can build them up to more advanced squat patterns from goblet squats to different loaded squat variations, but the sit squat is just a great place to start for those individuals.

Also, for people that I’m trying to work on changing their squat position, I’m trying to get them to Dorsiflex more or change their hip positioning. They’ll feel a little awkward if we go from the top down, and so if I keep them down and do the sit squat and have them get into that position that I work on and then having them do this isometric, a lot of times, they’ll learn really, really fast how to control that position and they’ll get really comfortable really rapidly. Let’s talk about how to do that because if we perform this properly, no matter who you’re using it with, this is going to be a difficult exercise but again, it’s going to be really joint friendly, so a lot of people are going to tolerate it really well. If you do it wrong, it becomes really, really easy, so I have to really dial in how an individual performs it to get the effect that I want.

I always start with kind of identifying what’s the range of motion that I want to be training this individual at. If they’re a CrossFitter or fitness athlete, I’m probably going to be doing this a little bit lower than if a 60-year-old comes in to me post meniscus debridement. Choose an appropriate height. This can be like a little medicine ball like I’m using here. This can be a bench or a treatment table set a little bit higher, but I have the individual sit down on whatever we’re working off of and then I get them positioned how I think they’re best suited to squat.

For instance, if I’m working on increasing some of these dorsiflexion at the bottom of their squat, I have to really pull their heels back. I can adjust their hip position. As they squat, I keep them lined how I want them to be. Then, I tell them, get your spine really tall and we’re going to lean forward so that your shoulders are directly over the middle of your foot. Basically, if you’re looking at me from the side here, I’m getting positioned so that I look like I’m in optimal technique in the bottom position of my squat.

We’re getting that good position. Then, I tell them, “I want you to imagine there’s a scale underneath your butt. We’re going to take 50% of your weight off of the scale. We’re going to hold that for one second, and then we’re going to lift your butt up one inch and only one inch, and hold that for a second.” It’d look like this. I’m putting 50% force down into the ground. I lift myself a little bit. Then, I lift up just an inch and then I sit down. Make sure when they sit down, they don’t rock back. They don’t stay relaxed. They stay in that position we put them in earlier.

Now, other individuals will do a couple of things to make sit squats easier on themselves. A lot of times, when they go one inch up, they’ll end up raising up several inches. If that’s the case, we need to cue them to not lift as high but a lot of times, you’ll see they still do that. To me, that’s going to be an indication that that individual is just not strong enough in those bottom positions to control, so that’s somebody who I’m actually going to raise the seat up a little bit, have them work on a little bit of a higher range of motion, and then over time, we’re going to bring that down as they get better and better control.

The second thing we’ll see, and this is probably a little bit more common, is you’ll see a lot of individuals who rock in and out of the bottom. They’re not actually using muscle strength and control to get in and out of that bottom position. Instead, they’re just using a little bit of momentum, so I’ll do two things. I’ll give them the verbal cue of imagine there’s a wall in front of your face, don’t hit that wall, or I’ll come literally put my hand directly in front of their face and say I want you to stand up at this time, don’t touch my hand with your face. A lot of times, that’ll clean them up. What that’s going to do is it’s going to force them to really learn how to drive directly into the ground and create a straight vertical force so that all of the work is being done by their legs. They’re not using any momentum to get them up.

[inaudible 00:05:15] sit squat with some of your patients. It is a fantastic drill to use. No matter where in kind of the athletic spectrum individuals are, it’s just going to be great and for me, it has been a game changer in improving people’s technique and form specific to the squat.